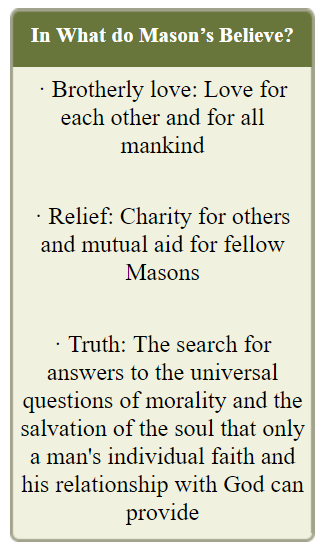 ”The mission of Freemasonry is to promote a way of life that binds like minded men into a worldwide Brotherhood that transcends all religious, ethnic, cultural, social and educational differences; by teaching the great principles of Brotherly Love, Relief, and Truth: and, by the outward expression of these, through its fellowship, its compassion and its concern, to find ways in which each may serve his God, his family, his country, his neighbors and himself." 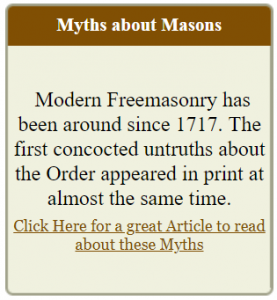 Andrew Way, The Author of this site is from a family with generations of Free Masons. Any information in this site was found by researching the subject and is not intended to imply he is the author of any information about this ancient organization. If any copyrighted information is found on this site please notify the webmaster immediately and it will be removed. All information has been provided to me by interested parties. This site is intended to comply with the guidelines from the Grand Lodge of Texas 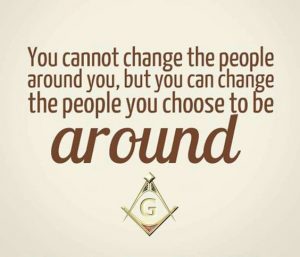